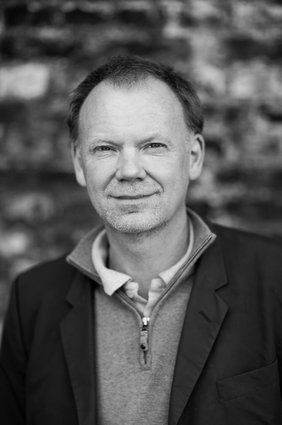 Professor Ynnerman is currently the head of the Media and Information Technology division at the department of Science and Technology (ITN) at Linköping University and is the director of the Norrköping Visualization Center C. He is the head of a renowned research division in Visualization and Computer Graphics. He plays a leading role on the international visualization arena and is a frequently invited speaker at international conferences and other events.

During his career Anders Ynnerman has held several key academic leadership positions. In 1996 he founded the National Graduate School in Scientific Computing (NGSSC) with funding from the Foundation for Strategic Research. He directed NGSSC until 1999. In 1998 Ynnerman was appointed director of the National Supercomputer Centre (NSC), which is a focal point for high performance computing in Sweden. Under his leadership NSC expanded rapidly and became the largest center for HPC in Sweden and took a lead as a technology transfer site in the area of cluster computing. NSC also deepened and expanded its collaboration with Saab AB and the Swedish Meteorological and Hydrological Institute (SMHI) during his time as director.

In 2002 Ynnerman proposed the formation of the Swedish National Infrastructure for Computing (SNIC), which is a metacenter involving the six major academic HPC centers in Sweden, including NSC. He was then appointed director of SNIC, and under his leadership significant additional funding from private sources, such as the Knut and Alice Wallenberg foundation, was obtained, effectively doubling the annual budget for Swedish HPC. He also represented Sweden and the Nordic region in several EU-projects and international committees. Through SNIC Sweden gained an important place in the European development of HPC and Grid computing. Ynnerman directed SNIC until 2006 and served as chair of the SNIC strategic advisory committee 2006–2009.

In 2001 and in collaboration with Sectra AB and colleagues at the University Hospital in Linköping, Ynnerman founded the Center for Medical Image Science and Visualization (CMIV), which has been selected as one of the strategic areas for LiU. Until 2015 he served as chair of the scientific advisory board of CMIV.

Department of Science and Technology